Everyone has emotions! Even Vulcans, though they try to suppress them.

And yet, I remember when growing up that my favorite stories were ones where the main character remained calm no matter how desperate the situation was. My favorite television characters were Mr. Spock in Star Trek and Illya Kuryakin in Man From U.N.C.L.E., both very good at hiding their emotions.

That might have been the writing style of the time. I might have been drawn to those books either because as a middle child I had learned that only the youngest child was taken seriously for over-reacting, or because I had been told that the only way to survive a bully (not referring to my youngest sister there) was not to react to them.

When the style changed so that "teen angst" became a thing, some authors seemed to go a bit overboard. Characters came across all sounding the same, like a spoiled youngest child, even if he or she was the eldest.

MG and YA changed again, and so did what was popular. First person POV could allow a reader to feel the character's emotions while the character could tell themselves to try to hide what they felt, to be cool.

Which style appeals to you?

I'm looking forward to seeing "Inside Out" Friday. I'm writing this blog on Thursday, so my reactions will be added late on Friday after the matinee. (For those looking for a review, Gloria Oliver will probably have a link on the Facebook page for YA Authors You've Never Heard Of to her review at some point).

Just from looking at the first trailer, I liked the idea that the emotions were broken down to five - Anger, Disgust, Fear, Joy, and Sadness - with all others being some variation of degree of those five. What's cute is that each of the emotions for each person has something identifying the person - the mother's hair style and glasses, the father's mustache. Interesting that the mother's emotions are depicted as all female, the father's are all male, yet Riley's are male and female. Maybe that will change as Riley grows older. Sadness seems to be in the lead for the mother, while Anger seems to be in charge for the father's emotions. But perhaps I'm over-analyzing too much from just the first trailer.

Some of the trailers raised other questions. For one, I do wonder how Disgust knows what broccoli is before the infant Riley (or even the other emotions) learns even the name of the vegetable. And, since baby Riley had a positive experience (after Disgust and Anger had their say), why is Anger so upset years later that broccoli is on pizza? I'm not hunting down other trailers or the website, though, until after I see the movie, as I want to see the movie without being spoiled.

I'm still processing my reactions. Gloria Oliver's review is here, for those looking for a review. I didn't get any answers to the questions I had coming in to the movie, and the writer in me has a few more "Why?" questions coming out. But I did like it - the artwork is great and the world inside the characters' heads has been well-built.

What do others think?

Posted by Kathy Sullivan at 1:00 AM 2 comments:

DO YOU HAVE MUSIC IN YOUR WRITING?

Whether you love music or not, it may influence your writing.

When I write a story, I don’t always mention a particular song. Often though, I’ve heard or played a song on the piano that floats around in my head, and it seems to speak to me as I’m writing. SEALED WITH A KISS, from long, long ago, is one such song. Yes, I know, it’s outdated, but humor me. I enjoy the “old” songs because I understand them better than the “modern” music.

This song was a hit for several different singers, though not so much for the authors, at first. Later, it became quite popular. And as I wrote my YA contemporary novel, LIFE ON HOLD, in 2012, this song spoke to me. I thought of it often while telling Myra’s story. 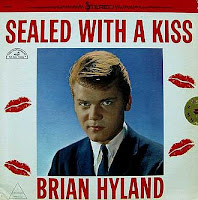 
"Sealed with a Kiss" is a song written by Peter Udell and Gary Geld. It was first recorded by The Four Voices in 1960 and released as a single, but their recording was not a hit.


"Sealed with a Kiss" Single by The Four Voices B-side "You're All There Is" Released May 1960 Genre Pop Length 2:03 Writer(s) Peter Udell, Gary Geld

In 1962, Brian Hyland, who often performed Udell and Geld's material, covered the song. Hyland's single began its run on June 6, 1962 and became a hit, reaching No. 3 on both the Billboard Hot 100 and the UK Singles Chart.[2] When re-released in 1975, Hyland's recording charted in the UK at No. 7.

One of my very first books, SECRETS I HAVE KEPT, the print edition published in 2006, the ebook much earlier, has music in it. Jennifer plays classical music on the piano. Casey writes country ballads for his guitar. This was so much fun to write. And opposites do attract. Sometimes.

Then there’s Elvis Presley. Young people today may not know him, but he insisted I include him in the story I’m now shopping around. How on earth could I mention a singer from so long ago and relate him to today’s readers? Good question. We’ll see if I accomplished the task, meaning if a publisher offers me a contract. Some of Presley’s first songs were MY HAPPINESS, THAT'S WHEN YOUR HEARTACHES BEGIN, I'LL NEVER STAND IN YOUR WAY. 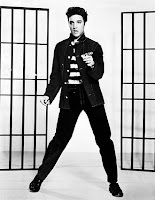 This has something to do with my latest story.

How about you? Does music influence your writing? Do you use popular songs or write your own or just mention titles?