The contest is over, and the winners are....

Well, it was an exciting contest, thanks to all who entered! The winners have been chosen, and you can find out who they are...RIGHT HERE.

Congrats to all who won, and SO MUCH thanks to all who entered. You guys make this little blog what it is, and we all appreciate each and every one of you!

I'm keeping the contest blog up - this was so great that I think we'll do it again, and for use by our members for individual giveaways.
Posted by Christine Norris at 6:32 PM No comments:

An interesting day in my life, publication of book probably 41, 2 new family members and a birthday.

Last week the third installment of The Henge Betrayed series was released. In this episode, the young people introduced in book one Flight and added to in Refuge, have found a safe place, but their safe place may not be entirely safe. To protect themselves they realize they must find certain things. The focus jewels all wear are needed, especially since several are tainted allowing the evil Dom Senet to follow them. They must also find the remaining talismans through which they can channel their mastery of the elements -- Earth, Air, Fire and Water. They also need to find the remaining halflings who will make up their quartets with four in each element.

After dividing into three groups, they set off with each group of three finding one of the needs. Can they find what is needed and return to the keep where they are sheltered and learn to use their talents when they face Dom Senet, the mysterious He Who Walks With Evil and their many minions during a final confrontation.

Writing this book was fun since some of the young adults in the book are based on my grandchildren and the children of friends. The publication also came on my birthday as did the arrival of two more grandchildren from China. Was really an interesting day.
Posted by Janet Lane Walters at 10:34 AM 1 comment: 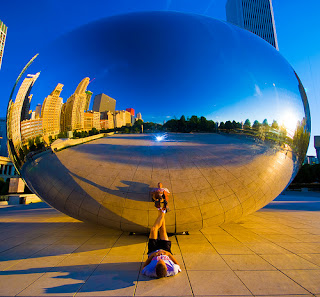 Last year, I reviewed W. Bruce Cameron’s A Dog’s Purpose. Bruce and his lovely and talented wife Cathryn Michon loved my review so much Cathryn recently sent me an ARC of his new novel, Emory’s Gift which was signed by Bruce. Emory’s Gift will be released on August 30, 2011.

Emory's Gift is an extraordinary story about a boy and a grizzly bear. At age thirteen, Charlie Hall’s life is in shambles. He watched his mother die a long, slow death from cancer, his dad is depressed, and he dreads the eighth grade. Charlie finds refuge from the despair and embarrassment of his life in the natural world that surrounds their isolated property in northern Idaho. One day while trout fishing in the creek Charlie is stalked by a hungry mountain lion when a grizzly bear comes to his rescue and changes his life forever. Much about the peculiar bear is mysterious. For instance he has a name, Emory. Even so, the relationship between him and Charlie comes across as authentic. Emory allows Charlie to be near him as long as he respects his space and feeds him, otherwise he ignores him. For the most part, he behaves like a bear. But Emory is a grizzly bear, which creates all the utter mayhem and anxious suspense of a loaded gun as the story unfolds. At any moment, everyone – including Charlie – expects him to act like a grizzly bear.

Cameron’s witty and angst-ridden style reads easily and enticingly, like a memoir. Even though this is fiction, it contains a taste of magical realism so seductive it made me wish it was all true. The mystery of Emory’s Gift endures beyond the last page which makes this book destined to become a classic for all ages.

Become a Facebook fan
Posted by Peggy at 3:00 AM 2 comments: