1. Had a great time Saturday with other Indie and small press pubbed authors! The librarian did a great job! 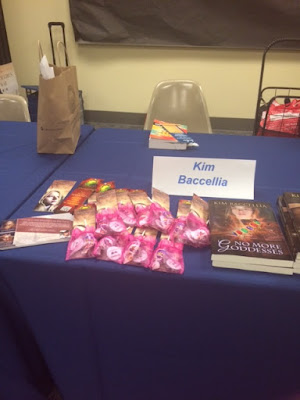 I had little swag bags filled with bookmarkers, a 'What Would Audrey Do' buttons, and a Blow Pop( Selena's favorite candy!). The swag bags were a hit. So were the new covers to the Goddesses series! 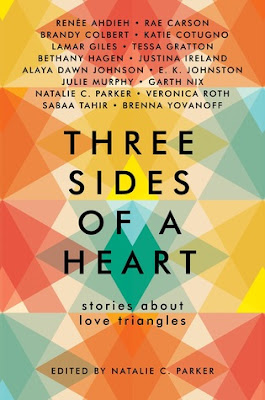 Love this collection of short stories that deal with the theme of teen love triangles. 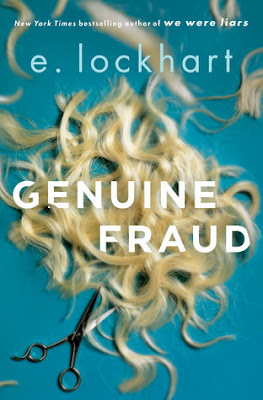 Think YA meets Talented Mr. Ripley. Twists and turns throughout this novel with a very twisty ending. 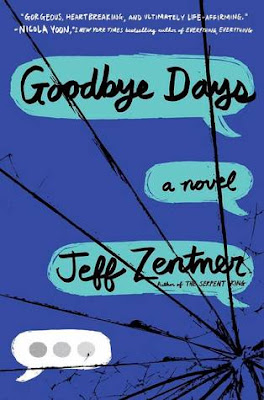 Totally loved this story of a teen who blames himself for the tragic death of his three best friends after he texts them while they are driving. Mostly though this is a story of forgiving, not only what happened, but yourself. Highly recommend! 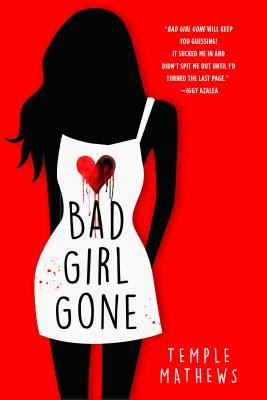 Satisfying twist on the whole premise of murdered teens getting revenge. Fast-paced ghostly tale of not only revenge, but redemption.

Plan on getting reading for Saturday's OCCRWA Birthday Bash! Love these events! I especially love the PJ parties that are held during the evening. Plus, I love being able to stay overnight at the hotel and work on my writing too. Double win!

http://occrwa.org/chapter-meetings/birthday-bash/
Posted by Kim Baccellia at 10:48 PM No comments:

After the release of Agents, Adepts, & Apprentices in time for FenCon and Archon the following weekend, I finally had time enough to get organized on the other things I feel I need for conventions: promotion material!

It feels odd to have to mention this, but often it isn't enough to have a book physically available at a convention. Yes, having a cupcake launch party will create interest (and some people did stop down to the Zumaya Publications table in the dealers room afterwards), but often you need to have some means of generating awareness. Just having signs posted around the convention (with pictures of the beautiful cover) before the party had people coming up to me later during the con saying things like "Oh, you're the cupcake lady! Is that the book?" "Sorry I missed the party, where can I check out the book?"

Fortunately, I had already prepared enough ahead of both conventions to have promo pens I could hand out for those times I wasn't at the table. Because I'm still a newbie with my smartphone and get easily frustrated with my fingers not hitting the right keys on the screen (how can people type so quickly on those things?), I decided to have stylus pens, which seemed to be popular. They've got my book title, my name and website on them just in case people decide to check out the book (and if people don't want to, they still have a good black ink pen with a useful stylus). 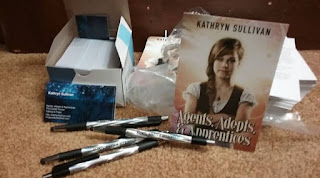 Unfortunately, I forgot to update my business cards with the new book title. And I didn't have time after approving the book cover to design and order cards for the new release. But I had time enough after Archon to fix that, and my new promo supplies have arrived. I'm trying VistaPrint this time for my paper promos, rather than the company I used in my previous blog post about promotion material. For some reason this year VistaPrint had a better selection of business card designs and an easier setup method for double-sided postcards. The stylus pens are from National Pen, which I've had good luck with over the years.

So now I'm all set for the next month's worth of conventions, library workshops and bookstore events. At some point I should probably add a banner, as a number of my other author friends have done, but that should wait until I see the new covers for the upcoming re-releases from Zumaya Publications. A banner would work for those conventions I drive to, but when I'm flying to a convention the weight limit for suitcases means I'd rather bring books than a banner. Maybe a custom designed tablecloth? Vistaprint immediately showed me what my postcard design would look like on a banner, a tablecloth, and a few other items. They all looked lovely and it was very tempting, but I don't know.

What are your go-to items for promotion? What attracts your attention?