It's that time of year again. When we eat lots of food, gather with family, and contemplate what we are thankful for.

So, here are some things I'm thankful for.

1) My family. This is tops on the list for all sorts of reasons. Tomorrow I'll get to see some of my extended family and since they are all amazing people, I know a good time will be had by all.

2) My writing partners. Writing can be solitary - it is just you and your keyboard (or pen and paper if you are old school) but having people to bounce ideas off of, to share ups and downs, to read rough drafts and generally cheer you on - that is vital.

3) The Internet. Okay, I'll admit, it's shiny and can be a huge time suck. But without it I wouldn't have found my writing partners - or for that matter my publishers

4) My publishers - because they allowed me to get my stories out there where people can read them.

5) Good books. Because everything is better with a good story.

Happy Thanksgiving everyone!
Posted by christine M at 8:11 AM 1 comment:

I want to thank Chris for inviting me in the first place, and everyone else for being so kind and welcoming. I've enjoyed being part of this blog group, but after missing my last two appointed dates, it probably became obvious that something was going on.

My life, at the moment, is a bit haywire. Okay, a lot haywire. I'm sure that's true of most writers and somehow, they manage to get things written nonetheless. I've been struggling a great deal, lately; 2014 has been a tough year and I finally told Chris that it was time for me to bow out of this blog group. I had to think about it long and hard, but I think it's a better idea to leave with some dignity instead of being invited out of the bunch for being unreliable!

Thank you, all of you, who were kind enough to read and comment to my little posts. I'm blown away by the amount of talent in this gathering, and I wish each and every one of you the success you so deserve. May all your writing dreams come true in the most resounding way possible.

Posted by Ophelia Julien at 12:30 AM No comments: 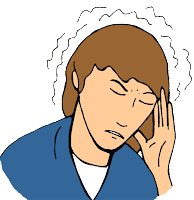 I've always been interested in psychic powers in fiction. When I first encountered extrasensory perception (ESP) in my father's collection of science fiction, those abilities were either something that advanced species had or what the human race was acquiring as the next stage of evolution. Stories such as Children of the Atom (1953) by Wilmar Shiras (which inspired both the X-Men comics and the British television show The Tomorrow People) hinted that the radiation in Earth's atmosphere due to all the atomic bomb explosions and tests of the 1940s and 50s had affected human evolution.

Zenna Henderson's The People series (first published 1952) had advanced human-like aliens with psi abilities settling on Earth. Alexander H. Key's Escape to Witch Mountain (1968) and the later Disney movies using the book as inspiration have the similar plotline of psychic children from a more advanced planet.

Mark Philips in the early 1960s had an FBI agent slowly acquire psi abilities, first learning telepathy before picking up teleportation. In the "Psi-Power" series one could both be born with psi abilities as well as learn them. Anne McCaffrey's Talents universe (first story in 1959) and even her Dragonriders universe (first story 1967) supposed that humans in the future would have psi powers. James Schmitz's "Agent of Vega" (1949) and his Hub Universe stories have humans in the far future with psi powers teamed up with aliens with the same abilities.

Redheads with psi abilities in stories were common a long time before Jean Grey in The X-Men and Marion Zimmer Bradley's Darkover series. That trope came about because of the stereotype of the Celtic people (Irish and Scottish primarily) having "second sight". All the stories I recall reading in the 1960s and 70s which had redheaded psychics usually mentioned the character's Irish or Scottish background.

Movies such as The Power (1968), The Fury (1978) and Firestarter (1984, based on the 1980 book by Stephen King) usually had a government agency studying the phenomenon in a scientific way before things go badly. Television series such as The Sixth Sense (1972) and Beyond Reality (1991-1993) had academics (sometimes at a university) studying psi powers and usually mentioning real life J B Rhine at Duke University who had tests for extrasensory perception. The Omega Factor (1979) television series went back to the government agency trope as did the recent remake of The Tomorrow People.

In real life, J B Rhine at Duke University (who coined the phrase "parapsychology") did have tests for clairvoyance, precognition and telepathy. There were rumors (and books written) of both the Soviets and the Americans having secret agencies using psychic abilities such as remote viewing to see hidden military facilities.

The list of psychic abilities has many different terms, but the ones commonly used in fiction are telepathy, telekinesis, teleportation, clairvoyance and precognition. Even before the overall term of "parapsychology" shifted over to "paranormal", mediums and communication with the dead was a trait that was felt to be more fantasy than science, but how well it was explained could shift the story into one or the other genre. In real life, psychics and mediums are still on television, but drama shows with psychics helping police departments have disappeared. Psychic telephone networks moved to the very very late night and seem to have faded from view. The Wikipedia entry for psychic mentioned a study in 2008 where neurological imaging was done to detect telepathy (which failed) and analyses (latest one done in 2011) of television mediums and how their shows are edited.

But back to ESP and psychic abilities in fiction. Various psychic abilities have been present in fantasy for a long time. The genres of "paranormal" and "urban fantasy" usually had those abilities labeled more as magic. Clairvoyance or precognition might require a crystal ball for focus, levitation may or may not need a wand, and teleportation (or apportation) would use a spell or magic portal. The terms used were not always the same between the genre, which was one way to distinguish them. Whether the story was categorized as fantasy or science fiction usually depended on the actual story itself and not just the inclusion of one element. I write stories with characters with psychic abilities. Some stories are fantasy with elves and wizards and an empath who can heal and some are stories about space-traveling agents who have psychic abilities as part of their job skills.

But at some point psychic abilities in a story stopped automatically tagging the story as "maybe" science fiction or fantasy and instead immediately moved the story into the realm of fantasy. I heard one author mention that her space opera (with space ships and numerous alien races) was labeled "space fantasy" because some of her characters had powerful ESP.

There are some times, though, when the author does have the say as to what the story will be labeled. Sarah Beth Durst's newest book, Chasing Power has one character with telekinetic abilities and another with the ability to teleport. While I was reading it, I was thinking it was science fiction and then the abilities were described in the book as "magic." The rest of the excellent book has adventure and even more magic, so the fantasy genre is a good fit.

What do you think when you encounter ESP in a story? Are psychic abilities magic or science? Or do you depend on the other story elements before you label it? What are some of your favorites?

Posted by Kathy Sullivan at 1:00 AM 2 comments:

I'm cross posting this from my personal blog. Enjoy.

My post today is Face Your Fears.
The idea came to me last month when I had a table at the local library's annual Craft Show.
My table where I hoped to sell some books was on the second floor. The library is a beautiful building that once was home to one of the early settlers of the town. When he passed on, he left the home to the city with the stipulation that they make it a library. They did and it is quite fascinating. 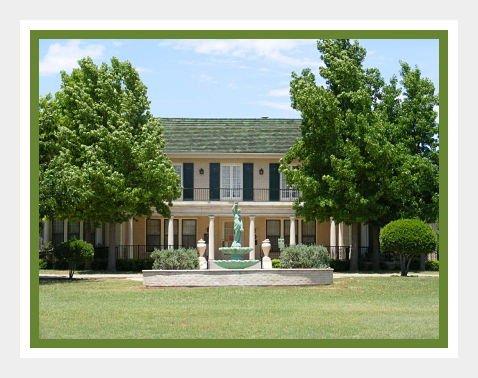 Anyhow, back to my story. To reach the second floor I either had to climb the curved narrow stairs or ride the elevator. I hate small places like elevators, closets, and submarines, (that's another story) so I opted to use the stairs. That was okay, but then I decided I was silly to be afraid of an elevator, especially with all the books I had to take upstairs. So I swallowed a huge breath of air and stepped into the elevator with my books. I got to the top without fainting.
This reminded me of writing. Do you have fears when writing a story, whether a new one or one you've been working on for years?
Do you have fears when you send your baby off, to an agent or publisher? The baby you've pampered and loved for months, even years? Will they love it? Will they hate it?
Do you have fears when they send you a contract to publish your book? What if no one reads it? What if they hate it? What if they give you horrible reviews?
Do you have fears when your precious story is published? Will it be ranked number ten jillion on Amazon?
Stop. Think. You wrote a story. How many people are always "going to" write a story, but never do. You sent your story off. Some people write, but stash their work in a box and never send it anywhere. You got a contract. Yay. You wouldn't have if you'd kept your story to yourself. And don't worry about your rankings. You've accomplished your goal. Many people never do.

So smile, say "I did it," and enjoy knowing that you faced your fears and overcame them.
###

Happy Reading and Writing.
Posted by Beverly Stowe McClure at 5:00 AM No comments:

Every new beginning comes from some other beginning's end...

This year is my son's last year at elementary school. So many 'lasts'. Last Halloween parade and party. Last parent-teacher conference (hopefully!). Last holiday party. Last year staying at his pop-pop's before school. Later in the year it will be his last Field Day. Then graduation. I wasn't ready for it to be the last year, but here we are. Now I'm treasuring the lasts, because I KNOW they will be lasts.

How often do we get to realize in the moment that something is happening for the last time? That's a gift, really. I am dreading some lasts -- soon enough I know that it'll be the last time he wants to dress up for Halloween. We've had some real fun coming up with costumes-- Draco Malfoy, Doctor Who, Percy Jackson. This year Agent Coulson was a big hit. Eventually he'll want to go out without me trick-or-treating. And then he'll be done with it altogether. Someday soon I'll have to stop sending gifts from "Santa" -- that day is coming very soon, I think. He'll be twelve, he can't believe forever, though I'd like for him to.

Not trying to be a downer, but when you're a writer this kind of stuff gets stuck in your head.

Meanwhile, I'll enjoy what remains of what we're doing now. Tempus fugit!
Posted by Christine Norris at 5:30 AM No comments: