Life has been...chaotic! Busy! Piling up! Making me way behind! Mostly due to the day job. But just a few weeks ago, hubby and I went on vacation. We departed for the Mediterranean for a week.

It was my first trip ever to Europe. Had been looking forward to it for over a year! With only a week and four ports of call, there wasn't time to see everything. We barely touched the surface. I think we left from vacation more exhausted than when we went! lol.

Where did we go? Let me show you. 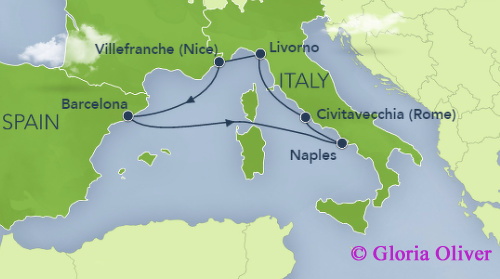 I took a jillion pictures. It's how I roll. But due to unexpected circumstances and some bad luck, I lost 600+ of them. *cry* Even now, with how busy life has been, I've only been able to upload some.

But don't worry, I won't flood you with them. :) Figured I'd share just a few to wet your appetite. :P 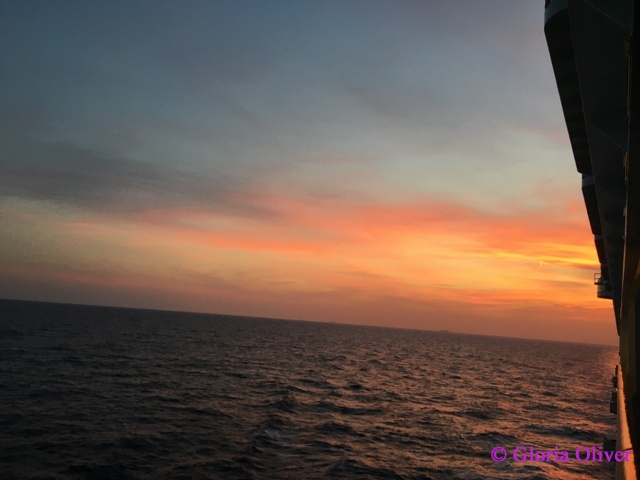 The sunsets out here were amazing! 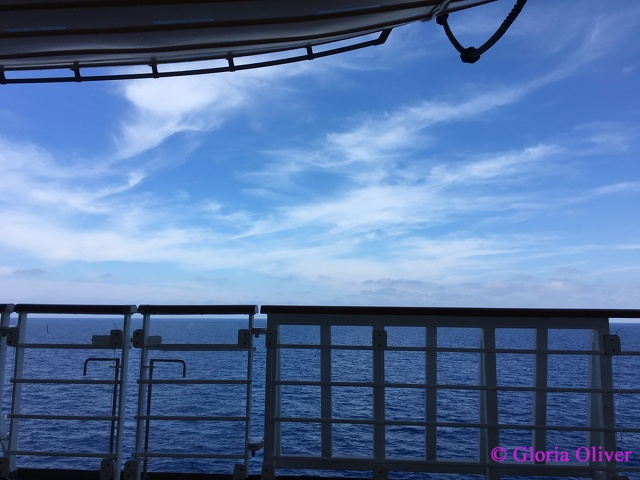 Some awesome skies too! 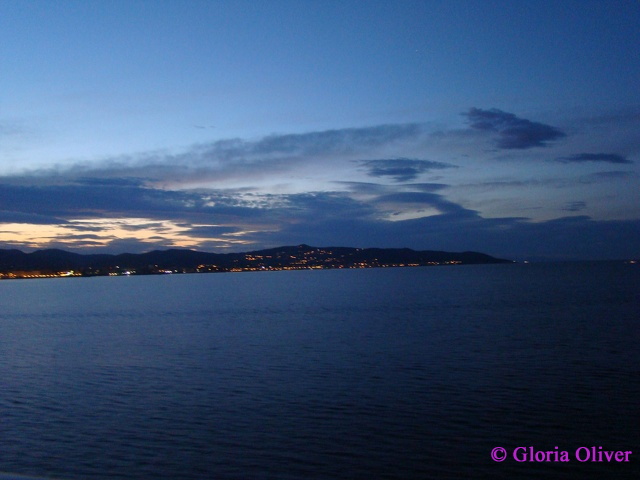 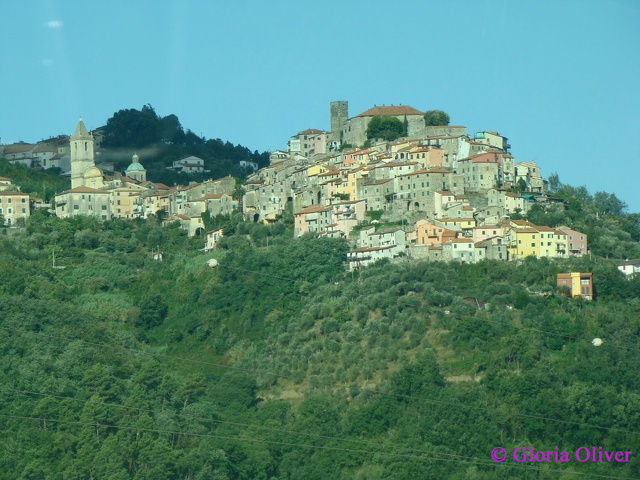 Doesn't it scream Europe? Taken on our way to the boat for the National Park of Cinque Terre. 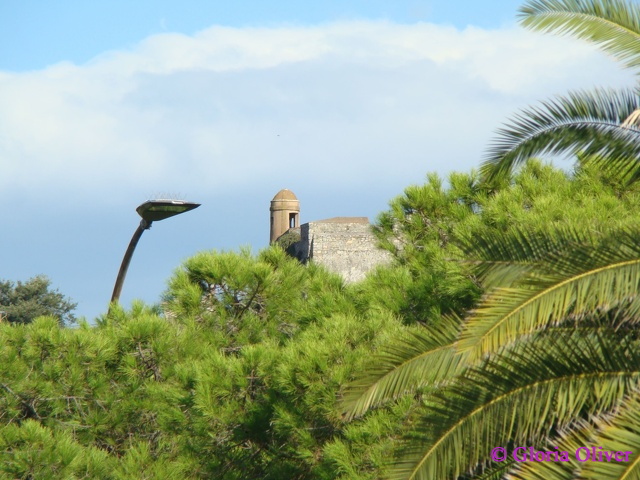 Seeing this made me homesick for Puerto Rico. The island's architecture and forts were built and influenced by the Spaniards who came there, so I really shouldn't have been surprised. :) 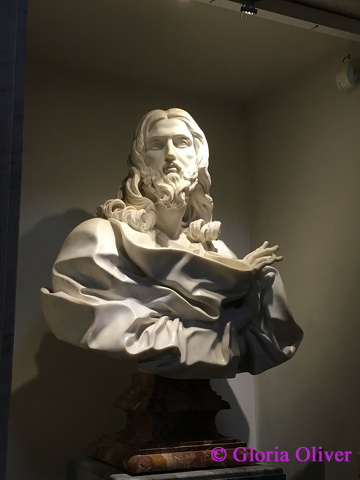 Isn't this gorgeous? One of my few surviving pics of Rome. *sniff*

All of them are not up on my site yet, but if you want to see more, come on by and check out what's up my gallery so far. :)

Posted by Gloria Oliver at 6:00 AM No comments:

Thursday, September 8, 2016, was the anniversary of the day the first episode of Star Trek aired. I watched that episode ("The Man Trap") with my father, who was the other science fiction fan in my family. I was 12 years old, and my dad was the reason I got into science fiction. I had already been reading his collection of science fiction and fantasy books that I found on the bookshelves in our basement.

Dad had brought home our first color television set just the week before. I don't know if the two events are related (as a twelve-year-old I didn't pay attention to commercials until after Star Trek started), but I did save the TV Guide pages. When I look at those and at the promo commercials for Star Trek in general on Youtube now and see "In Color" as a main mention, I strongly suspect that those might have influenced my dad's buying decision.

Star Trek made a huge impression on me. The multicultural bridge crew, the fact that both men and women were part of the crew, and the overall positive view of the future spoke to me. Imagining ourselves as part of the Star Trek universe joined the spy stories and Western stories my friends and I made up and played in our backyards. One of the early science fiction stories I wrote as a teen has a definite Star Trek influence, as I had abandoned the idea of chemical rockets for engines similar to those in that universe.

I've been a fan of Star Trek for years, loving the books, the animated series (43rd anniversary of that series), the films and the various spin-offs as they came along. Though I did lose interest partway through Star Trek: Enterprise and I decided after the 2009 film that I didn't need to follow that alternate universe. 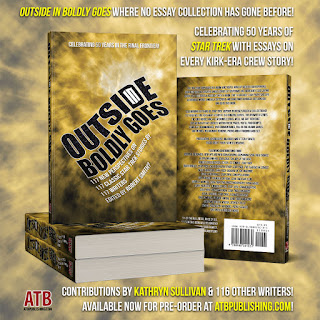 With that background in mind, I'm excited to announce that I'm part of this collection of new essays about Star Trek. My essay is about first season episode "The Devil In The Dark", which has my favorite alien in the entire series. Outside In Boldly Goes will be 352 pages, paperback, $19.95, available in late October 2016.

Outside In Boldly Goes can be pre-ordered at ATB Publishing and the link can be found on this page with the table of contents.

September, one of my favorite months. The beginning of Autumn. School begins. New sports and activities begin. A busy month. It's also a new Ink Ripples. The topic for this month is Banned Books.

Ink Ripples is a monthly meme created by Kai Strand, Mary Waibel, and Katie L. Carroll. They post on the first Monday of every month with a new topic. They're all authors, but you don't have to be to participate. You can also post whenever is convenient for you, not necessarily on Monday.

The idea of InkRipples is to toss a word, idea, image, whatever into the inkwell and see what kind of ripples it makes. You can blog about the topic any day of the month. Or you can share your thoughts on social media using the hashtag #InkRipples. Just be sure to link back to Kai, Mary, or Katie.
The topic for September is Banned Books. I imagine there are a lot of thoughts about this. Banned books? I've really paid little attention to this idea of banned books, but now I'm finding the subject interesting. Who decides to ban a certain book? Why? So, I went to the ALA Web site to find some answers. If you've never been there, this is a good time to pay a visit. They have lots of information, along with activities for Banned Books Week, September 25-October 1, 2016. Go here.
You can also use any of the banners on your post.
What do you think about banned books? 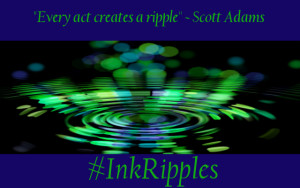 The topics for the rest of September are:
October:    Masks
November: Heritage
December: Cookies
Happy Reading!
Posted by Beverly Stowe McClure at 5:00 AM No comments: