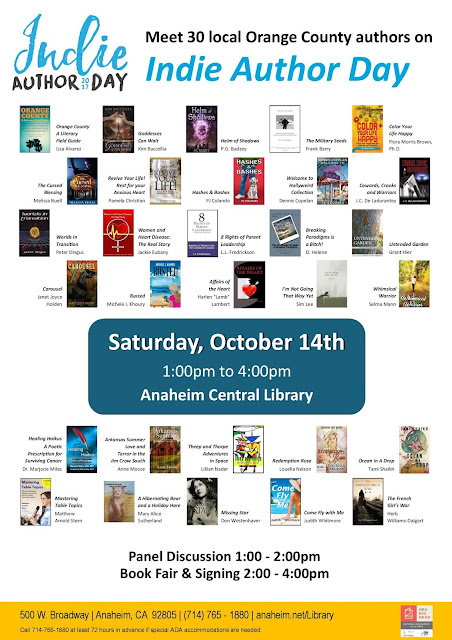 I'll also do a book signing afterwards. I plan on bringing copies of GODDESSES CAN WAIT and a couple of NO MORE GODDESSES. Plus, some swag!

2. Just got the galley of CROSS FIRE!

Need to go over it and write up an acknowledgement and dedication. Can't wait to see the cover of this one!


3. Also working on revisions of CANDLE. Hope to be able to query this out by the end of next month!

4. One sad note: Sunni pulled his one foot and hasn't been walking very well. Took him to the vet and he had an xray. Doctor said the good news is it's not broken or fractured. The not too good news is he's not walking without using his beak to get around. Doctor gave me some inflammatory meds to help with the pain. Please, send some positive, healthy vibes his way. 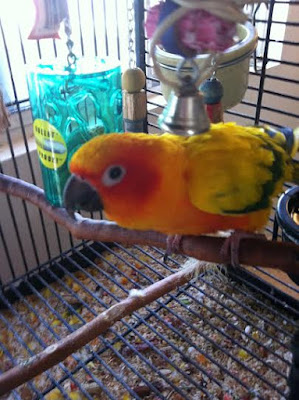 5. I was beyond excited when Penguin teen sent me DEAR MARTIN: 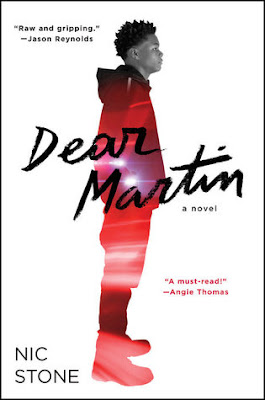 Teaser: There's lots of topics discussed in frank detail; racial profiling, racism, prejudice, and police brutality. This book would be perfect for high school libraries and for classroom discussions. I seriously feel these topics should be discussed and not avoided.

**Added: After the recent controversy this weekend, I found this which also ties in with this book:

Omg, have any of you had one of those Starbucks Salted Caramel Mocha drinks yet?

They are to die for!

Posted by Kim Baccellia at 1:16 PM No comments:

I am excited to announce that Zumaya Thresholds has released my short story collection, Agents, Adepts, & Apprentices. This is an expanded version of the collection previously published by Amber Quill Press, with a few more stories about my interplanetary agents, as well as additional fantasy and science fiction stories (some of which appeared in anthologies by other publishers). 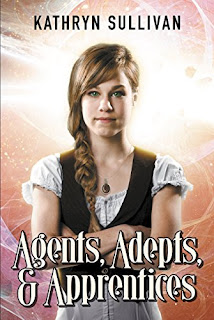 I am especially pleased with the new cover by the wonderful April Martinez. She really captured my wizard Salanoa.

For those new to the collection, there are fantasy stories about wizards, elves, talking horses, and dwarves as well as humans trying to deal with magic. There are also science fiction stories about psi powers, interplanetary agents, aliens attending college on Earth, and aliens attempting to figure out Terran slang. And, as indicated by the title, there are experts, and there are those trying to learn, with mixed results.

Agents, Adepts & Apprentices is currently available through Kindle, Nook, and Kobo, with other formats available soon.

The paper version is planned to appear at FenCon in Dallas. I have a cupcake party (short stories = cupcakes) scheduled to celebrate there. This works out extremely well as Zumaya Publications will be at the convention as well. So I'll be able to hang out with publisher Elizabeth Burton and fellow authors Gloria Oliver and Rie Sheridan Rose.

By that time I should also be calmed down from running around town and showing off the new cover to people (so far the librarians at the local library, the local bookstore owner, people at the post office who hand out my pens, people at my credit union - and one must not forget friends on Facebook). Or do you know authors who don't get excited about new book covers?