I've found several new (as in "new to me") webcomics recently, so I decided this month to blog about the webcomics I follow and see if readers might recommend a few more.

First up is Girl Genius, a "gaslamp" (their term) comic set in a world where creative "sparks" are very inventive. Updated Monday, Wednesday and Friday. There's also a Facebook group. It's been nominated and won several Hugo awards. Several of the collected issues are available in paper.

Freefall is set on a colony planet with humans, robots, a wolf engineer and a humanoid squid. Updated Monday, Wednesday and Friday.

Schlock Mercenary is about a group of space mercenaries. It's been nominated for a Hugo several times. Past issues are also available in paper form. Updated daily.

Phoebe and Her Unicorn I found on Gocomics under its previous title Heavenly Nostrils. A delightful story of a young girl who becomes friends with a unicorn. It's now available in newspapers and past issues were collected into two books, Phoebe and Her Unicorn and Unicorn on a Roll. Updated daily.

Unshelved is the activities of a group of library workers. Updated Monday through Friday and collected issues are available in paper.

Blind Springs is about spirits and the politics of those attempting to control magic. Updated Tuesday, Thursday and Saturday.

Breaking Cat News about three cats reporting on their world, has been picked up by Gocomics, which is going through the back issues. The artist has a Facebook page.

PS 238 is an elementary school for metahumans hidden beneath a regular school. Amazon has both the collected and the individual issues available in paper, so trying to find the collected issues can be interesting (I've found the term 'paperback' worked). This one I recommend starting from the very beginning, as the setup for the school is very interesting.

How to Be a Werewolf is yes, about werewolves. It just started this year.

The following comics have stopped, though the back issues are still online.

Digger by Ursula Vernon is for an older audience than her Dragonbreath series. The completed version won the Hugo award and is the tale of a wandering wombat and the beings she encounters. The collected issues are available in paper.

Gronk is the story of a small monster adopted by a woman and her dog. The fourth book should be out soon.

There are other comics I follow at Gocomics, but those are ones I followed in the newspaper before I started reading the online version of my newspaper. The universes of these webcomics are such much more interesting.

What are some webcomics you enjoy?

THE STORY OF A STORY

Are you a fast writer? Do you turn out one story after another, maybe several in one year? I know writers that do. Wish I could, but I'm slow. I mean really slooow. Take for instance the story I'm shopping around at the moment.

The story started out entitled SURVIVORS' CLUB. It's about four teens that help each other survive school and their families.

I started it in December of 2009. Yes, that was quite a while ago. Worked on it and worked on it.

My critique group read some of the chapters. Thank you, Cheryl, Beth, and Gail for your welcome comments and advice. Thank you, Kai, from another group for hanging in there with me and reading the whole thing, more than once.

So, month after month my characters led me along, sometimes telling me what to do, other times giving me silence and letting me figure out where they were going myself.

I typed. I revised. And finally decided I needed an expert eye to look the story over. I sent it to an editor for a critique. She went over the manuscript thoroughly. Boy, did she. Which is what I wanted her to do. Be honest. Be truthful. She evaluated each character, told me their strong points and also their weak points. She pointed out problems with the plot. The story I thought was perfect and ready to be submitted needed some adjustments.

In 2014, I started over. The characters were the same. I couldn't get rid of them because I really liked them. Each character's ARC was improved. Each one actually made a discovery about him/herself this time.

And, the title even changed. The old one just didn't seem right anymore. So SURVIVORS' CLUB became UNDER A PURPLE MOON.

I sent the story to a couple of publishers. One wasn't interested; the other one never replied.

I would not give up, because I really liked the story now. So I queried another publisher. They asked to see sample chapters. YAY! Of course, I knew that didn't mean a lot. But then, they wanted to see the whole thing. I took a breath. One step closer, but still facing reality.

They liked the whole story, but had a couple of suggestions. Ones that made good sense. I went back through the story, made a few changes, and sent the new version to them. Now, in September, 2015, six years after I started the story, I wait to see if it will be published. If they like it, wonderful. If not, I like it and will keep trying. Will let you know either way. 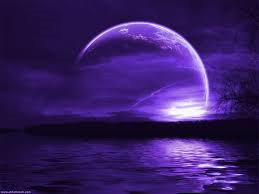 How about you? Are you a slow writer or a fast writer?

I’ve always been fascinated with a good ghost story. Growing up I heard lots of stories from my grandfather that had supernatural elements. I decided to combine these two elements when I used North Sacramento, California as the setting for my YA paranormal Crossed Out. Plus, one of the areas, the Sacramento tunnels, only recently has been opened to the public.
So here’s a few haunting sites I thought I’d share:
I do know that some of the dead were ‘relocated’ to another site in the ’50s to make room for more urban

Photo courtesy of Autumn Baccellia Ibahim
development. Some of the relatives of the dead, couldn’t be found so they ended up putting them in a few places with only one tombstone to acknowledge that they existed. I can’t help but think if my body had been moved and no one remembered me, I wouldn’t be too happy. There’ve been sightings of ghosts and other ‘unexplained things’ there. I can’t help but wonder why! But it has great potential for a horror novel!

Spooky underground ghost town, buried underneath Sacramento.
There’s a lot of history in these underground tunnels in Old Town. Old Sacramento was rebuilt over the original town. There are tunnels and a hidden town underneath, buried because of the rising waters of the Sacramento River. Grandpa Baccellia told me that before the Oroville Dam was built, the Sacramento River would flood the city. There were lots of cases of malaria in the early part of the 1900s.
Rumors have been circulating of what might have actually happened in these tunnels. Some say they were used for bootlegging during the Prohibition to even smuggling in opium.
The tunnels are now opened to the public! I still need to go with my sisters and check it out.

Photo courtesy Pamela Celeste Reese
Photo courtesy of http://www.fws.gov/sacramento/outreach/Featured-Stories/SalmonSpawningScience/Images/AmericanRiver.JPG
3. American River
My Grandpa Baccellia used to tell us about these women all dressed in black who would walk up and down the river in the early 1900s. He said they were always so sad and mournful. Some say it’s not women but a man who haunts that site.
Here’s a little more info on that urban legend: The ghost of a man who drowned in the American River is said to haunt the banks. There’s something about water and ghosts. Urban legends are filled with them. This picture of the American River with the infamous thick Sacramento fog is certainly eerie.

In 1883, Leland Stanford and his wife lost their only son  to Typhoid fever. He was fifteen years old. Rumor has it that the spirit of their son appeared to the father to comfort him after his death. Also the spirit asked his father to put money into building a university for young men.
5. May Woolsey
In the Sacramento Historical City Cemetery is the grave of May Woolsey. In 1879 just before her thirteen birthday, she died of a possible viral infection fro the measles. She was the only child of Mary and Luther Woolsey. Her parents were so devastated by her death that they used a Spiritualist to try to contact her.
Fast forward 100 years later. When the family house was being remodeled by the newest owners, they found a closet with a false ceiling. Inside was a very old trunk packed with some of the Woolsey family’s belongings, including some of May Woolsey’s hair. Here’s where it gets interesting. Inside the truck was a letter:

Sacramento Historical Cemetery
Dear Momma,
I am so happy as I did write to you and say I was happy. Now Momma dear, do not weep for me. I am not dead, no, only gone before to wait your coming when you will be out of all sorrow and care and will be happy with me. Oh, what pleasure there is in the spirit life no one can tell. Only think of everlasting life and pleasure where we know no sorrow; all is sunshine, there is no cloud to darken our path as on earth; we have our choice of mission . . .
No one knows why and how that letter ended up in that trunk.
Do any of you know of places with hauntings? Do share!

In honor of my new book, available next week. Here's a trailer I put together for the fourth book in my Ali Caldwell series: Always Ali! Enjoy.